We are currently in the longest bull market ever. 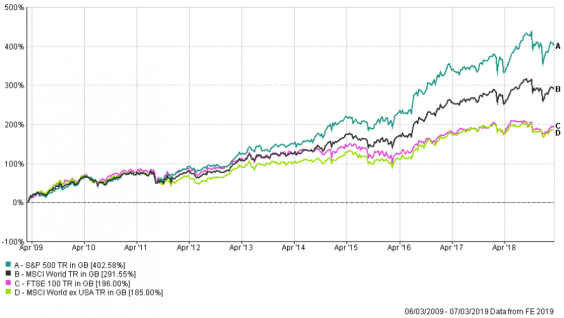 What is a bull market? It is when the stock market rallies beyond 20%. This week, the current bull market turned ten-years old. March of 2009 brought the Dow Jones Industrial Average to a low of 6,500 points. This was roughly six months removed from the Lehman Brothers bankruptcy that sent the US economy into the Great Recession via the Financial Crisis. The market had initially bottomed around Obama’s victory in November of 2008 around 8,000 points, rallied beyond 10,000 points, until a volatile February sent investors reeling again. A lot has changed in financial markets since those dark days. Maybe, so much change that the stock market may never experience a cycle like that ever again?

There were a lot of tools implemented throughout the crisis, and one term that was thrown around a lot was Moral Hazard. Think of moral hazard like this. Your child acts out and throws a fit, so you offer him a cookie. He continues his tantrum, so you give him the iPad to hush him up. The child has now become conditioned to act in negative fashion to receive positive rewards. This is similar to Pavlovian Conditioning in regard to dogs and rewards. Why is this relevant with financial markets? Companies, as well as consumers were bailed out by the Federal Government, and Federal Reserve. The bills legislators passed, such as TARP and HARP, bailed out over-leveraged companies, and debt-burdened consumers. The programs referred to as Quantitative Easing and Zero Interest Rate Policy or QE and ZIRP were new techniques implemented by the Federal Reserved that helped calm, and subsequently prop the markets.

All four of these programs helped aid a market in need. Sounds a lot like that crying baby getting a cookie, doesn’t it? 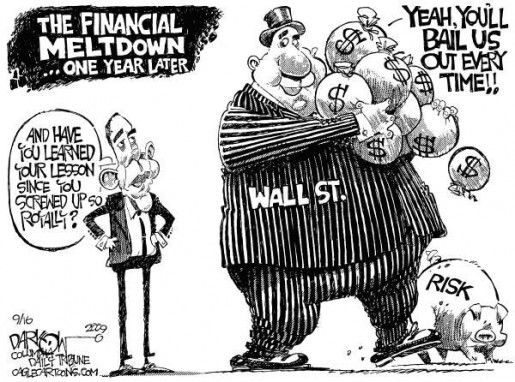 Consider three reasons that US markets will avoid a prolonged, future bear market, or 20% decline.

Reason One: To what extent will legislators and the Federal Reserve actually allow markets to fall next time we enter a downturn?

Think about it. We have seen our president publicly pressure and complain about our current Fed chair. We have seen legislators campaign on promises relevant to the stock market and the economy. The financial markets and Federal Reserve are tied together, and legislators have joined in on the marriage to make it a playful threesome. The grouping appears unbreakable. It seems unlikely politicians would idly sit back and watch the market fall without providing action. The same is true for Presidents now, and in the future. The Fed chair will face amazing pressure the next time the market sputters long term.

Our market is increasingly moving towards perfection, which in finance terms is referred to as the Efficient Market Hypothesis. There are many degrees of this, however, take note of the strongest degree.

Investors once purchased individual stocks, through stock brokers. The 1990s brought a rise in Mutual Fund investing, or the ability to have a fund manager purchase, and trade a basket of stocks for you. Online investing enabled traders the ability to do this on their own. Post-2008 the trend has moved to ETFs. This is a passive strategy. It means you buy the entire market, or a particular industry. For example, you buy a tech sector ETF, and instead of deciding how much Apple, Google, and Facebook you want, the ETF equally distributes the cash for you. There are no decisions made as to which tech company is better, the way a mutual fund, broker, or day trader invests. The full abandonment of picking and choosing.

US companies are more efficiently run than ever before. They have a multitude of resources on the technological side that they have adapted to increase the effectiveness of their business. They are largely protected from Black Swans, or unforeseen and unpredictable events, that can suddenly derail profits. US corporations have experienced a tremendous evolution through the adoption of technology. This adoption has not only made them stronger, but it has enabled them to hedge risk, and mitigate a future problem.

The simplest way to imagine why a black swan events is unlikely is to understand how they start. They are often caused by a lack of understanding, knowledge, or speculation. Technology, and access to information lessens those.

It is important to highlight the large issues facing the American economy, and how they may disrupt the bull market.

However, a black swan within our borders is most probable via an accounting scandal. Egregious errors were recently discovered at Kraft-Heinz, and General Electric presented investors with inaccuracies for years. These one-off events are OK, but can disrupt confidence in the market if a trend develops, like one did with Arthur Andersen in the early 2000s. This accounting scandal led to bankruptcies at Enron and WorldCom, as well as prolonged accounting issues at Merck and Tyco. Money has been freely tossed around for a decade. It is easy for regulators to get lazy in these times. Remember, when the tide rolls out, you discover who has been swimming naked.

The likely way the bull market gets shocked comes from abroad, and not in terms of war or terrorism. It is our companies global interconnectedness that present the biggest threat. All large American companies are dependent on profits from overseas. A scandal within another nation is one we cannot prevent. This likely has to do with cyber security and tampering. It would be something that suddenly disrupts global trade and connections with our partners abroad. American companies would surprisingly discover a nation playing by their own rules and would get caught. It would disrupt the flow of the supply chain and send an immediate shock into our system. Again, this seems unlikely, but it is potentially one of the few things that can disrupt the market.

Had you timed the market perfectly, and sold everything at the highs in October of 2007, you would have been pleased with your choice until January of 2013 when the Dow officially recovered. 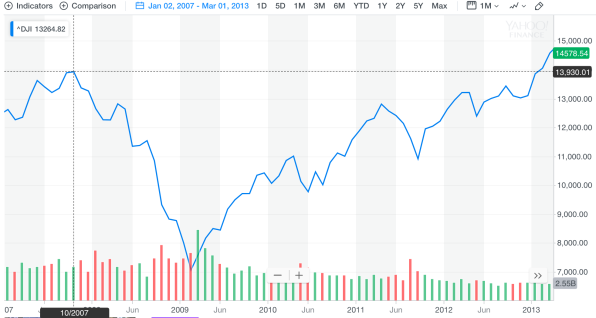 Since that date, the market has never looked back. Today, it is up 82% since that moment in January of 2013.

It isn’t difficult to time your exit from the market…

…but, it is most difficult to time when you enter back in.